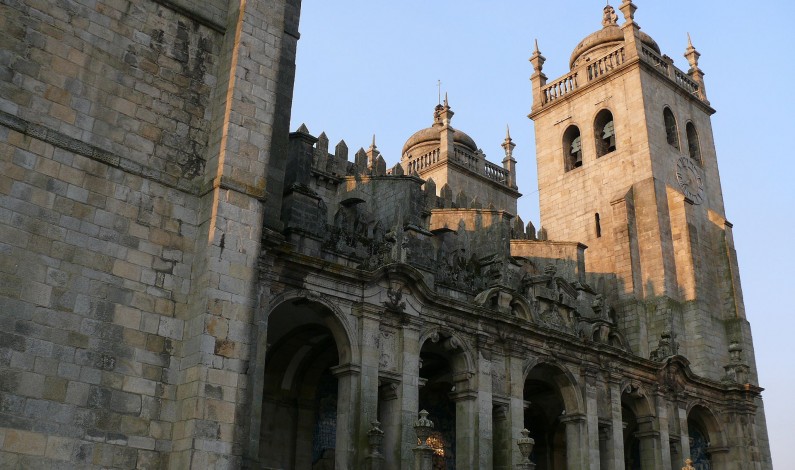 The Porto Cathedral, Sé do Porto, located in the historical centre of the city of Porto, Portugal, is one of the city’s oldest monuments and one of the most important Romanesque monuments in Portugal. The current Cathedral of Porto underwent construction around 1110 under the patronage of Bishop Hugo and was completed in the 13th century, but there is evidence that the city […] 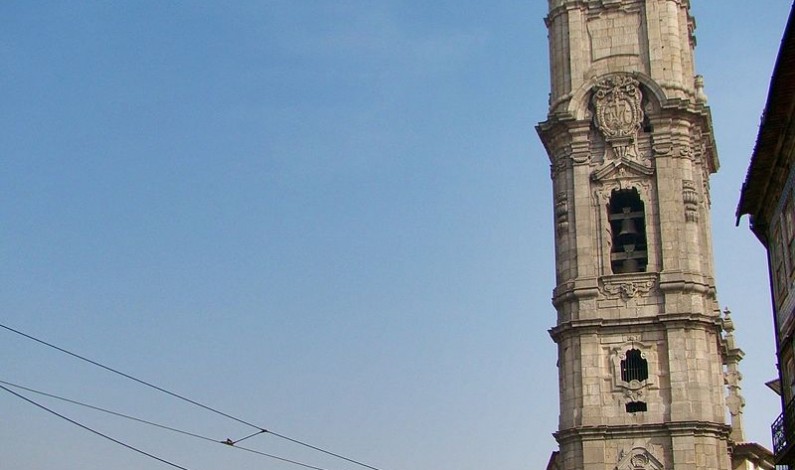 The Clérigos Church, Igreja dos Clérigos, “Church of the Clergymen” is a Baroque church in the city of Porto, in Portugal. Its tall bell tower, the Torre dos Clérigos, can be seen from various points of the city and is one of its most characteristic symbols. The church was built for the Brotherhood of the Clérigos (Clergy) by Nicolau Nasoni, an Italian architect and painter who left an […] 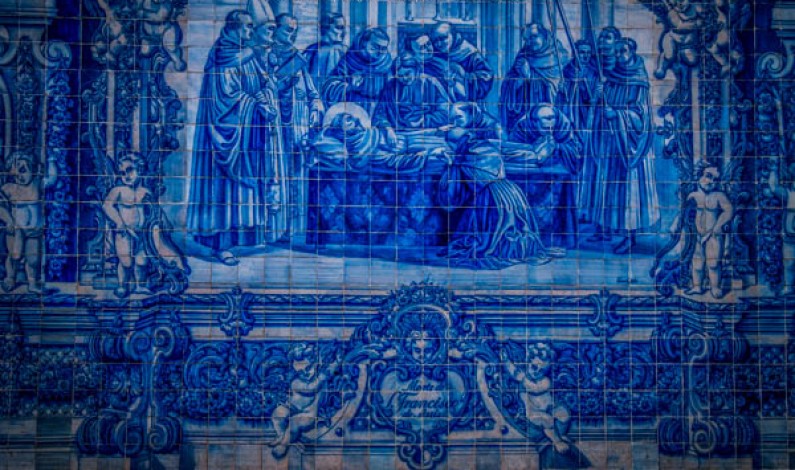 São Bento Railway Station (Portuguese: Estação de São Bento) is located in the city ofPorto, in Portugal. Inaugurated in 1916, the historical station is known for its tile (azulejo) panels that depict scenes of the History of Portugal. It is located in the Almeida Garret Square, in the centre of the city. It remains in regular use as a railway station, served by […] 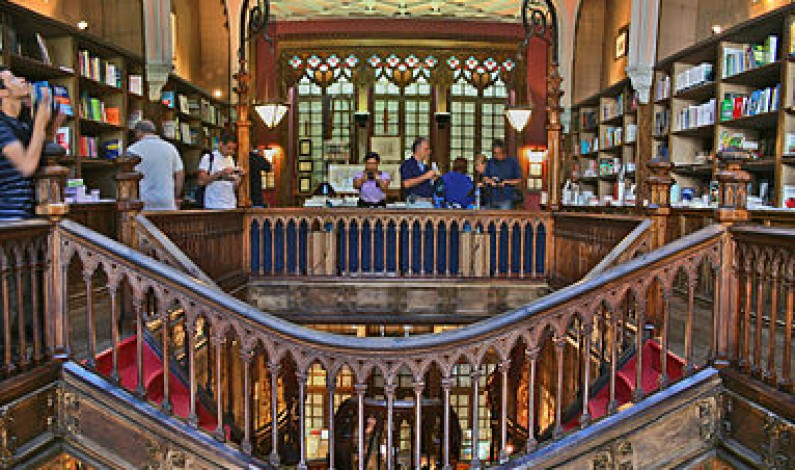 Livraria Lello & Irmão, also known as Livraria Chardron or simply Livraria Lello (Lello Bookstore) is a bookstore located in central Porto, Portugal. Along with Bertrand in Lisbon, it is one of the oldest bookstores in Portugal. In 2011, the travel publishing company Lonely Planet classified Livraria Lello as the third best bookstore in the world.   Because of its unique historical and artistic value, […] 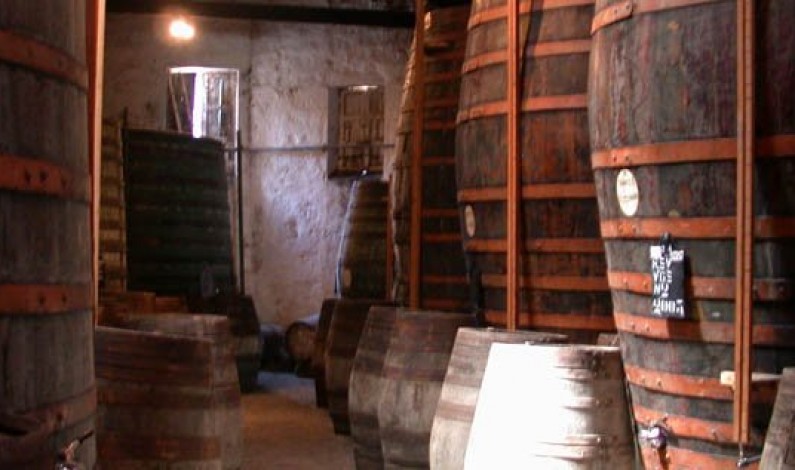 Vila Nova de Gaia it is home of cellars of port wine, several shopping centers and some of the best beaches. Perhaps the most famous tourist attraction in Gaia are the Port Wine Cellars, warehouses where the famous Port wine is stored. The Cellars are placed in Ribeira de Gaia, an area of the city located in […] 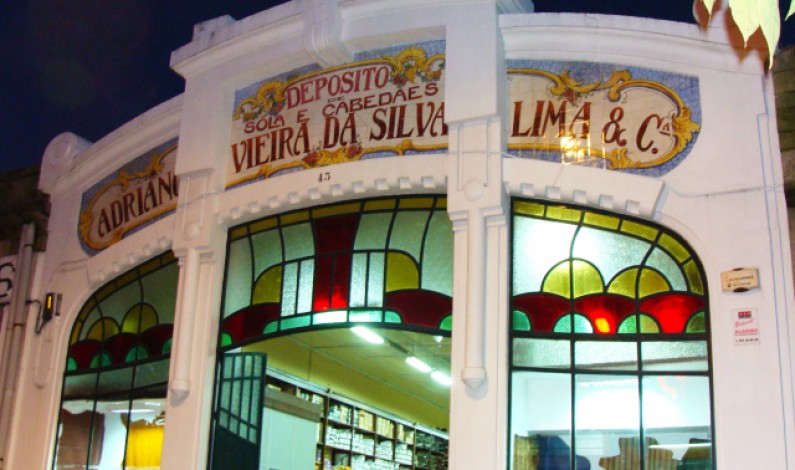 “Merchants received signs and figurative and ornamental panels that served to advertise their own stores and specialty products or services sold there. It was a way to attract the attention of customers, as well as a sign of modernity and thus cheered up the facades, taking advantage of the potential plastic tile: color, shape, texture, […]

Mouth of the Douro, Foz do Douro 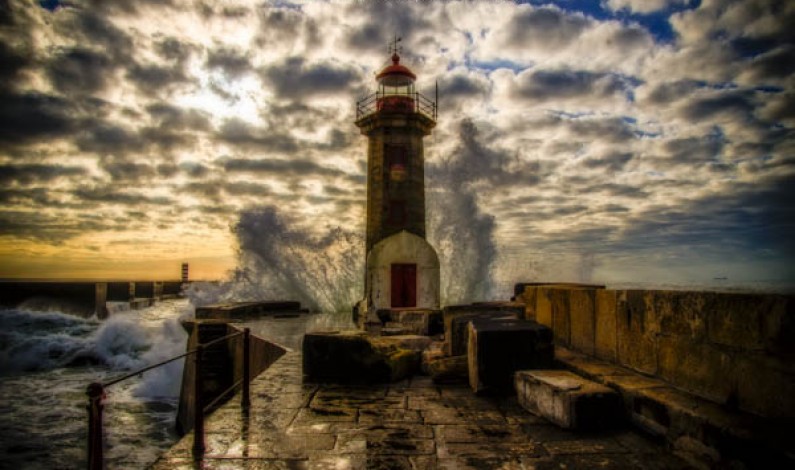 Foz do Douro, meaning “Mouth of the Douro” is a Portuguese parish of the city and of Porto municipality. It became a parish in 1836. It is located in the western part of Oporto, next to the mouth of the Douro river and the Atlantic Ocean; Foz do Douro means “. It is one of the most affluent areas of city Oporto,and known for […]